Variety Village played host to a Birch Cliff Town Hall on Thursday, November 26th, held by Ward 36 Councillor Gary Crawford.
Also in attendance were members of his staff and city staff with specialties in Planning, Traffic, Parks and Development.
Crawford’s office updated the community on various initiatives underway in Birch Cliff Village and the overall mood of the 50 or so community members was positive, however some issues did arise for discussion.

The meeting opened with the news that Birchmount Park has received a grant from the City of Toronto, towards a summertime celebration in the community, centred around Arts in the Park.
Planning for this initiative has begun and the councillor’s office will be soliciting community engagement to make the event meaningful.
Kingston Rd start-ups
On the business front, Kingston Rd. has seen an upswing in new start-ups recently, including The Kingston Social, Rustico Italian Foods, M&J’s Deli, The Birchcliff Coffee Bar, as well as the newly formed Birch Cliff Village Community Association (BCVCA).
Crawford gave a nod toward these new ventures and encouraged community members to actively support local businesses by shopping local.
The Scarborough Business Association will be announcing local business seminars for this winter on economic development and specific opportunities to bet businesses to work together.

Future of TD Canada Trust site
Discussions surrounding the pending closure of the TD Canada Trust at Kingston & Warden spurred speculation of possible further development in that location.
Crawford’s office confirmed that they have not been approached by developers looking to build on that particular piece of land, which is owned by TD.
Although local government was not given any advanced notices of the impending closure by TD, they now state that the bank has displayed an apparent willingness to work with them, in finding a tenant that would be a good fit with the community, once the bank has relocated.
The councillor’s office is urging local resident involvement to encourage TD to consider the community when it comes to the re-use of the space.

New double gym
A $7 million double-gymnasium (which is roughly the size of a school gymnasium) has been approved by City Council and will be built adjoining the Birchmount Community Centre.
Planners advised the residents that current programming at the centre would see minimal disruption during the construction period, however, some work-arounds are inevitable.
The number of parking spaces shouldn’t be affected.
Additional funding has also been approved to enhance the attached playground. Both projects are in the planning stages and community input is being solicited. Completion is set for the end of 2017 for both.
The city has also committed to animate and improve some of the smaller parks and parkettes in the area to promote social gathering spaces. Possible improvements include benches, shade structures, fitness areas and outdoor activities such as ping-pong and chess tables. 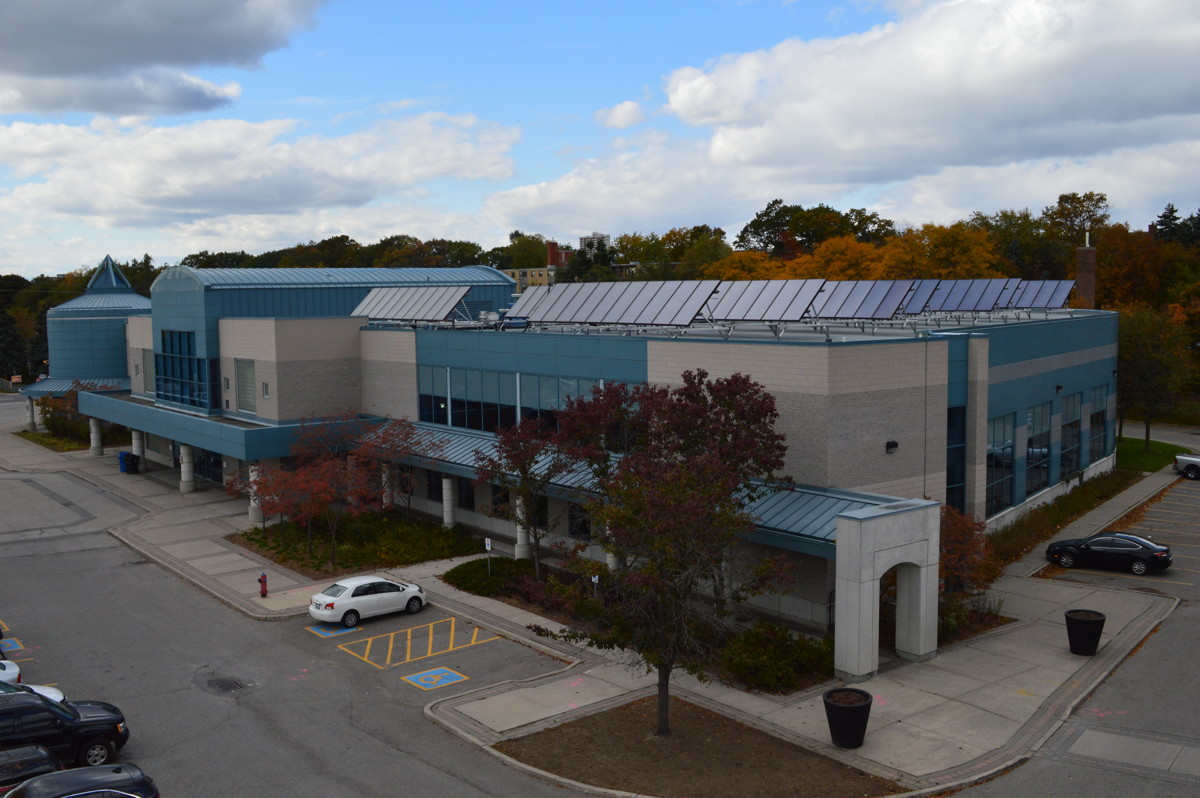 The Planning department addressed the Kingston Road Revitalization study from 2005, which was commissioned to revitalize the 3km stretch of Kingston Rd between Victoria Pk and Birchmount.
Proposals in that study included amending the Official Plan to allow mixed use building, mid-rise buildings and Arts & Cultural elements that reflect the community. Three core commercial areas were also identified in the study.
The condo developments and many of the community improvements we are seeing today, are a direct result of the 2005 study, including the birch tree murals, street scape improvements, new trees, sidewalks & public seating. 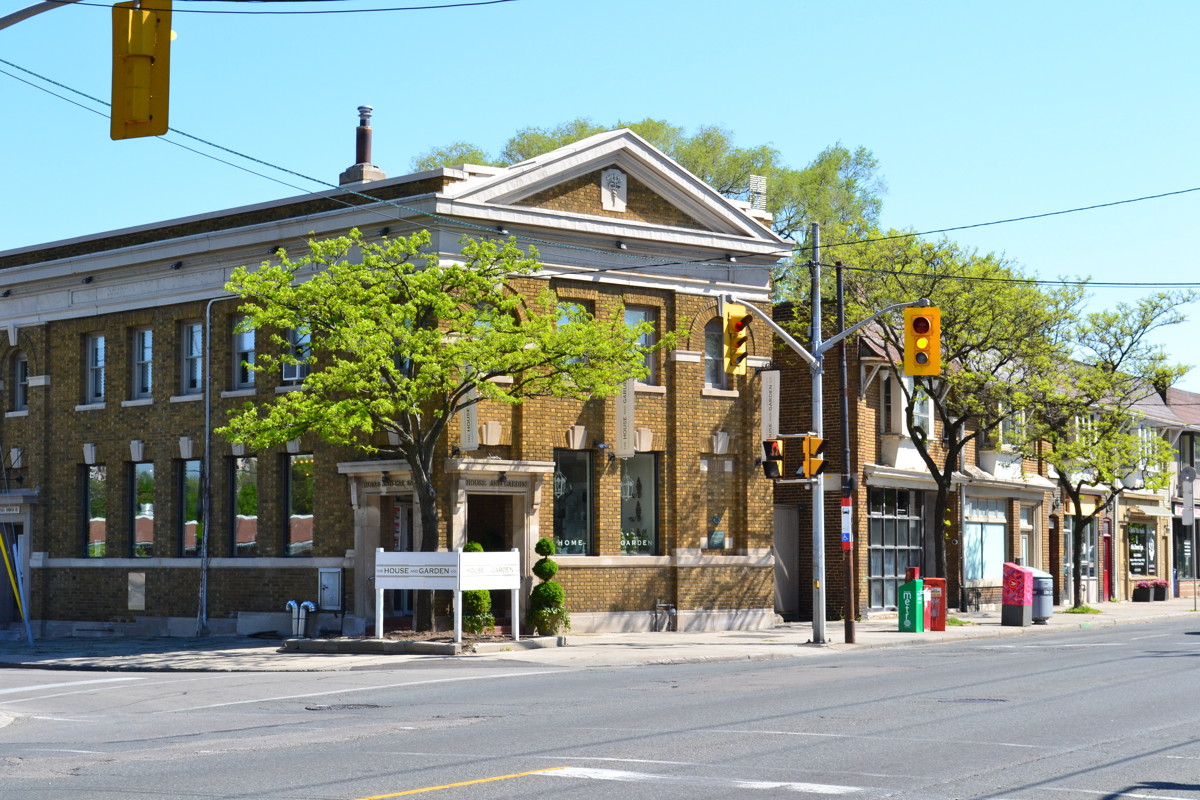 Condos, condos, condos
Planning and condo development was a large part of the Town Hall discussion.
Crawford confirmed that Birch Cliff alone, has five of the ward’s ten Site Plan applications, citing Birch Cliff as a ‘have’ community vs. other ‘have-not’ communities in the ward.
Representatives of two of the Kingston Rd condo developments were on hand to present their projects.
The Hunt Club development will have feature 70+ units ranging from 600-1800 Square Feet with 87 parking spaces and will be located at Kingston & Queensbury.
Kingston & Co. will be located at the old Alpine Hotel site, and will feature 140 units ranging from 400-1500 square feet and will be 10 stories high.
The developer boasts a 300-foot construction panel on Kingston Rd featuring landscapes of birch trees, hand-painted by school kids, to celebrate the community.
The councillor’s office is in discussions with the developers to ensure that lane closures on Kingston Rd, caused by constructions, will not interfere with rush-hour traffic. 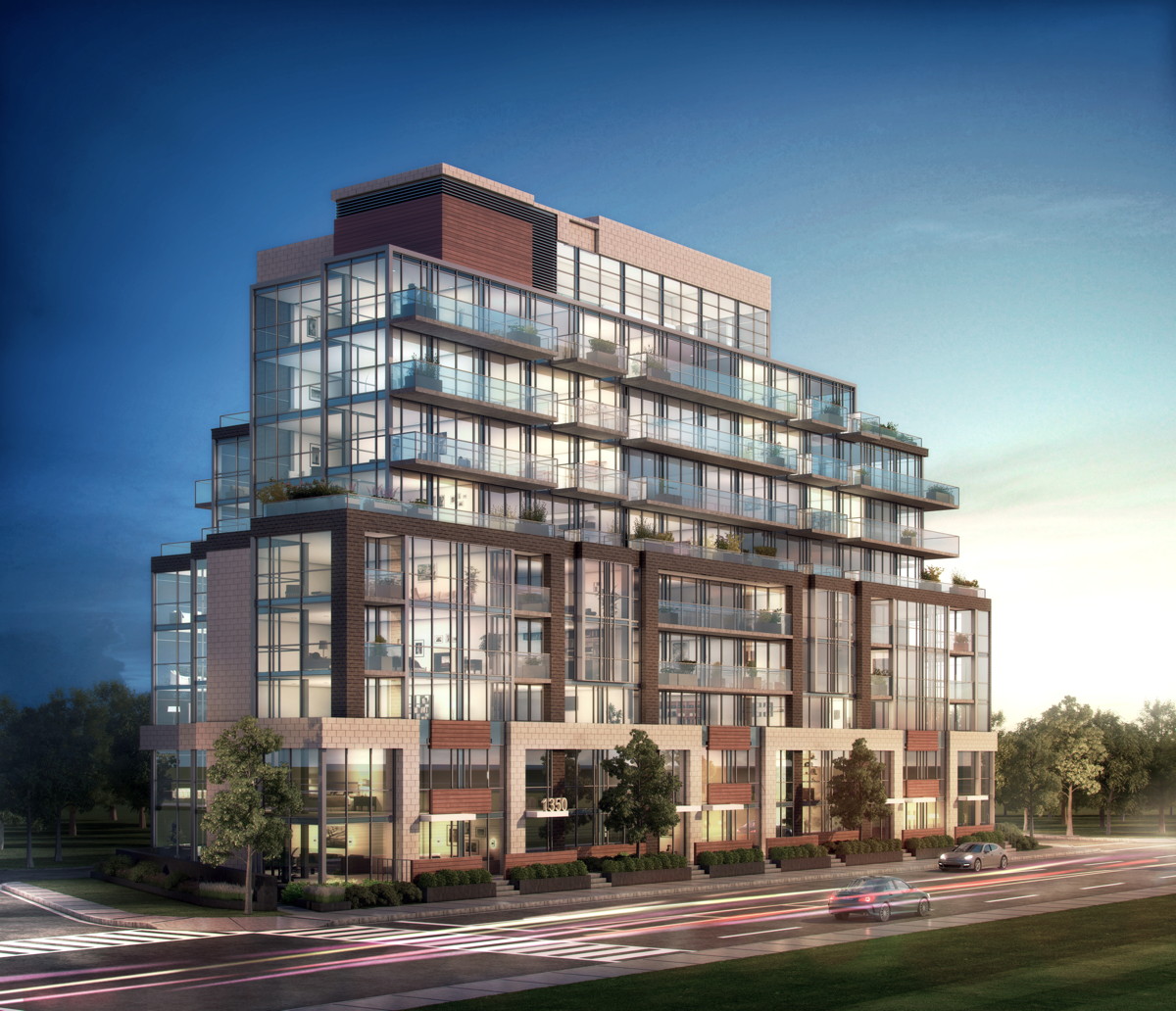 Traffic concerns
A resident raised the concern of high traffic speeds on Kingston Rd in front of Birch Cliff PS.
Discussions turned to a comprehensive traffic study currently underway, looking at various ways to mitigate speeds and volume on Kingston Rd.
The city is currently operating several pilot projects in Etobicoke, studying the effectiveness of traffic-calming measures in schools zones.
Results will be shared throughout the city, however they are not expected for another 1-2 years. 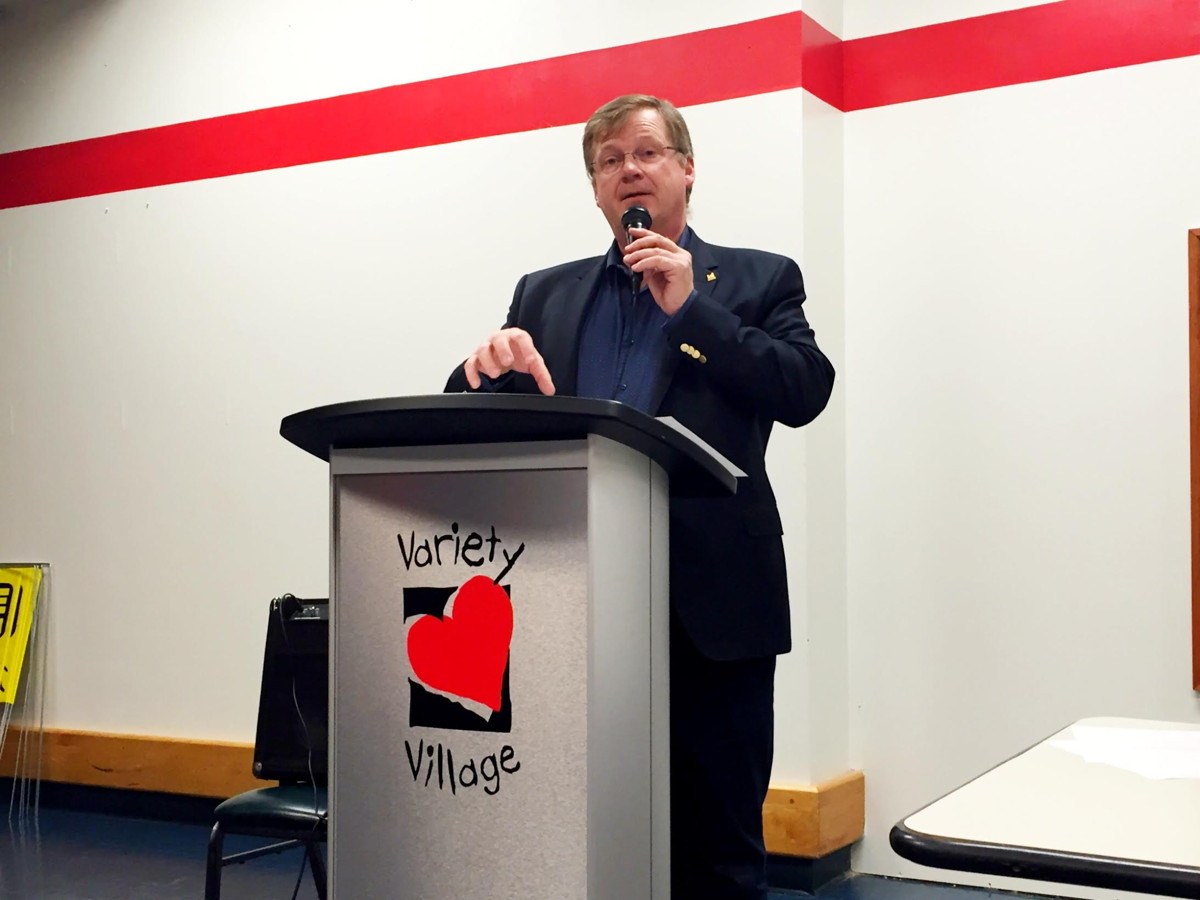 Birch Cliff PS 100th anniversary
The meeting ended with the announcement of Birch Cliff PS’s 100th anniversary celebration in September 2016.
There will be a two-day series of events planned at an approximated cost of $30,000, of which, about half will be solicited through fundraising.
Sponsorship opportunities exist in the range of $600-$3,000.
It was ‘light-heartedly’ suggested, that perhaps one or more of the condo developments might consider sponsoring the event, to give back to the community! 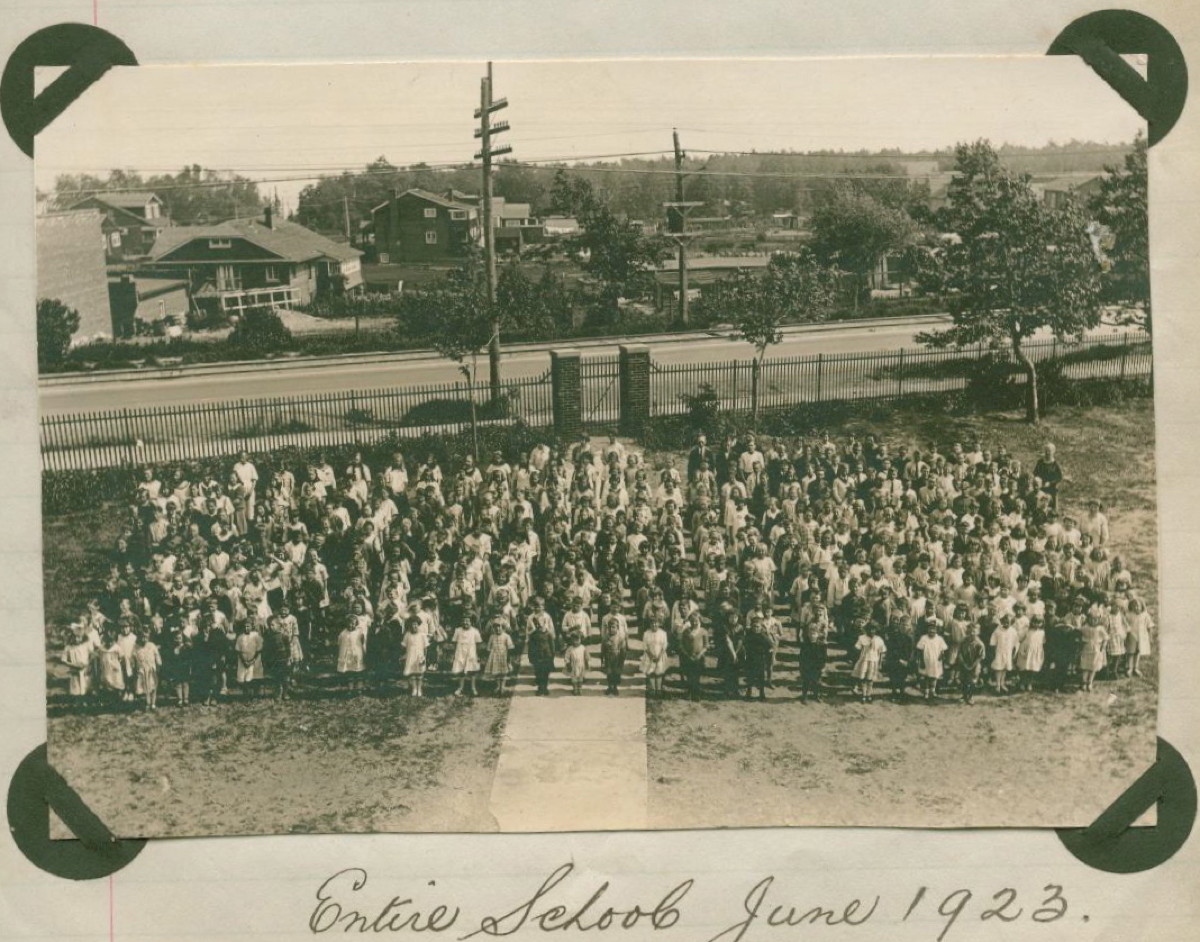